Album of the Week: Uncle Bones by Mark Lucas 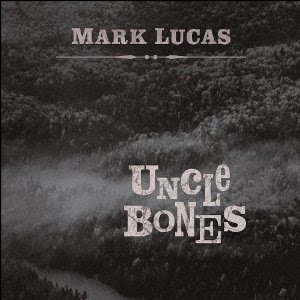 Uncle Bones by Mark Lucas is musical storytelling at its finest. The album opens with a southern fried version of the classic Greek myth of Orpheus and Eurydice (How often do you get to throw a Eurydice reference into an album review?) Apparently the lord of the underworld is in need of a new fiddler (after getting his butt kicked by Charlie Daniels no doubt!) So he arranges to steal away the new bride of the most talented musician in the area. Desperate to get her back, the fiddler offers his musical services in exchange for the release of his beloved bride. But unlike the Charlie Daniels face off with "Uncle Bones," this story does not have a happy ending. The second song continues the story fest with a variation of the folk tale of the girl whose tears turn to pearls. As you might guess, greed gets the better of those who are supposed to care for her and she is forced to make a tragic decision. Mark continues the expert story weaving with tales of a father bearing embers to the end of the world ("Carrying Fire"), and a widow who phones her husband's casket ("Pick Up") and even a Hannibal Lechtor inspired account of a killer who speaks in riddles ("Dragon Reel".) He does add touches of humor with "Everyday I Have the Greens" and "Grits and Redeye Gravy." All of the songs are thought provoking and mesmerizing. Luckily, he includes the lyrics for each on his website. Not to be lost in the magical spell of these wonderful stories is the fantastic, down-home music that permeates each story in song. The accoustic guitars, fiddles, and banjos set the perfect Deep South backdrop for his original Southern Mythology. He has been compared to Ray Wylie Hubbard (and rightfully so) and he compares favorably to Darrell Scott as well. When you're in the mood to kick off your dance shoes and really listen to some great music, this is an album you'll want to come back to again and again.
Posted by Family Reunion at 2:58 PM

Email ThisBlogThis!Share to TwitterShare to FacebookShare to Pinterest
Labels: Album of the Week